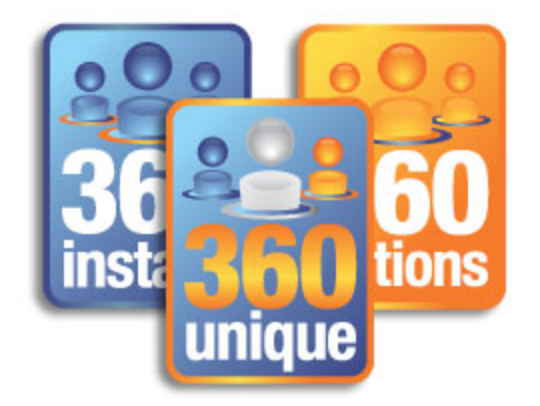 What is 360-degree feedback?

360-degree feedback - otherwise known as multi-rater feedback - is a process by which a person receives confidential and anonymous feedback about how they work typically from their manager, co-workers and direct reports (although can extend to people outside of the organisation).

The process includes both the 360-degree review questionnaire and the subsequent feedback report and, in most cases, face-to-face or telephone feedback by an external coach.

the right 360 product for your business

The value of 360-degree feedback

360-degree feedback is of great value when wanting to understand performance at work, and the areas in which development is needed. A good 360-degree report will offer an insight into the areas of strength and development need - and be presented in an easy-to-understand format. This then feeds into a learning and development plan and helps to shape the actions of individuals, managers and leaders as well as talent management professionals.

How it works - in a nutshell

The person to be reviewed invites others to complete a questionnaire about him or her. Before web technology came into play, paper-based surveys were used from which responses were laboriously collated and the summary results calculated. Now, it is all carried out online.

The person invites between 8 and 12 people by email to complete a questionnaire or survey online and anonymously. These tend to include line manager, direct reports, co-workers and can include customers and suppliers. The reviewee also completes a questionnaire looking at themselves.

The questionnaire asks the reviewer to rate the extent to which the person displays certain behaviours and skills needed for their job. This is done using a rating scale although it may also ask raters to provide written comments. Responses from an individual are combined with responses from others in the same rater category (e.g. co-worker, direct report) so that anonymity is preserved.

The results and report can be made available instantly - or the process can be designed so that access is only given to certain people at specific times.

Sophisticated report and data analytical engines means that the information you get is not only tailored to you and your situation but can compare people with teams or business units and look at benchmarks across the organisation.